READ ABOUT THE TOUR HERE

There were many long and short term consequences of the 1981 Springbok Tour Protests, both in New Zealand and throughout the world. The greatest and most recognised consequence of the 1981 Springbok Tour Protests in my opinion was New Zealand's aid in ending apartheid in South Africa.
Although there were many other leading causes of the end of Apartheid in South Africa (such as the fall of the USSR and the end of Cuban help in Angola), the 1981 Springbok Tour and Protests were also a factor that meant Apartheid was ended in 1991. This improved New Zealand's reputation which had been greatly affected during the 1981 Springbok Tour.
De Klerk and Mandela shake hands at the World Economic Forum, 1992                Mandela was elected president, becoming the first black president of South Africa
Not only did the Tour Protests bring about an end to apartheid in South Africa, but it created an increase awareness of racism in New Zealand society. For years, New Zealand spoke proudly of having 'the finest race relations in the world', however events that unfolded during the 1981 Springbok Tour challenged this statement - the claim was that Pakehas, while only too keen to fight apartheid in South Africa, were unwilling to confront the racism in New Zealand of which they are the beneficiaries. Through South Africa re-looking at the way their country viewed Black South Africans, New Zealand was forced to take a look at the way their own country was run. New Zealanders were forced to address Maori grievances and re-address the issues that arose in the colonisation of their country. Society was highly focused on the tour, with the majority of the country being anti-apartheid, meaning that a majority of the country wanted equal rights for all, including in their own country. The 1981 Springbok Tour Protests and ending of apartheid in South Africa eventually resulted in a change to the way we view Maori in today's society. Alick Shaw said "the intensity of the challenge forced many people to re-examine their political priorities and has given a new urgency to the task of building a broad anti-racist movement in this country", showing New Zealander's change in attitude. During and after the Springbok Tour, thousands of Maoris saw Pakeha protestors' commitment to racial equality as untrue for they ignored the racism present in their own country. However despite this, the majority of Pakeha protestors only became involved in protest after the end of the tour, resulting in a turn of focus on Pakeha prejudice and Maori grievances still present and growing from the Treaty of Waitangi. A decade of Maori activism flourished through groups such as Nga Tamatoa and the Polynesian Panther Movement (PPM). 1981 Waitangi Protests proceeded, critiquing Pakeha history through protestors railing around a banner proclaiming that the "Treaty is fraud". Relegation to sub-text was prominent during the 1970s, however it did not affect Maori activism in Aotearoa. The activism represented a challenge to the myth of racial harmony that was created through a part of the social imaginary in New Zealand.

The tour also helped New Zealand to be viewed as more of an independent Pacific Nation, rather than 'Britain of the South'. Rugby with South Africa was traditionally seen as 'a loyal servant of the British Empire' so when New Zealanders protested this view, it helped them to grow in independence and separate themselves from this British Empire. New Zealand became a moral example of questioning racial equality issues, improving their prior damaged reputation as a country.

Another consequence of the 1981 Springbok Tour Protests was the change to the Police force and people's attitude towards authority. "Suddenly the issue was no longer just a rugby tour, or apartheid. It was the politics of policing, the right to protest and the rule of law". With incidents such as the "Clowns Incident", Police authority was questioned and thus, questions of justice arose. As a result of such violent protests, two small police units commonly called the red squad and the blue squad were established to escort the Springboks. These squads were seen to protestors as "a representation of a brutal state of violence", whilst to others they were seen as "the upholding of law and order".
Long batons and new protective clothing were introduced, shocking many New Zealanders who were originally not used to such extreme measures of protection needing to be taken. As the tour progressed, and became more violent, police were equipped with longer batons, new helmets and riot shields.
Personally, each member of police had different views on the Springbok Tour, however all were required to complete their duties regardless, no exemptions were made. By the time the last match in Auckland's Eden Park arose, protests were so violent that a huge 40% the Nation's force were deployed for duty. In total the police spent an estimated $15 million on 'Operation Rugby'
A short term consequence of the 1981 Springbok Tour Protests was the fact that New Zealand's nation was divided into city and country. The nation was divided for 56 days, tensions grew within families and many friendships greatly suffered as a result of the tour. The country was restricted to rural New Zealand who mainly were pro-rugby, and urban New Zealand who were mostly anti-tour. Statistics show that more than 50% of anti-tour protestors were well-educated, a majority of them with university degrees, meaning that these protestors were much more capable in their ability to promote their issues with the tour and why it should be put to an end. We see an example of how families were torn apart, through the example of Patrick and Bernard Wilson. Patrick was a member of the Blue Squad and therefore felt his duty was in permitting the tour to succeed and therefore enforcing the law, whilst Bernard was a member of the anti-tour group HART, seeing it as his duty to stop the 'racist tour'.
Some New Zealanders stayed neutral in their beliefs towards the tour, whilst others strongly believed for or against "mixing politics with sport".
Another greatly important short term consequence of the Tour, was the result of the 1981 election in New Zealand. Prior to the 1981 Springbok Tour taking place, a relatively certain outcome was predicted by all - that the Labour Party would take control. However, through Muldoon's governing of New Zealand and strategies to gain rural support, the National Party kept their power.
This support for Muldoon was not long term, for the long term effects of the Tour became apparent - the greatest of these being an increased desire for social equality and human rights, therefore Labour taking victory in the 1984 election.
With the new governance of David Lange, the shift in societies' views are clear through the the legalisation of homosexuality and the introduction of nuclear-free legislation.


A last effect of the 1981 Springbok Tour was the decrease in popularity towards the Rugby Union In New Zealand. This lack of demand lasted until the 1987 Rugby World Cup.

LESSONS FOR THE FUTURE 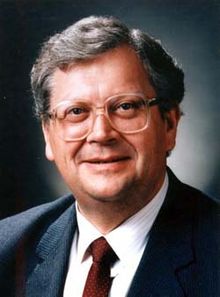